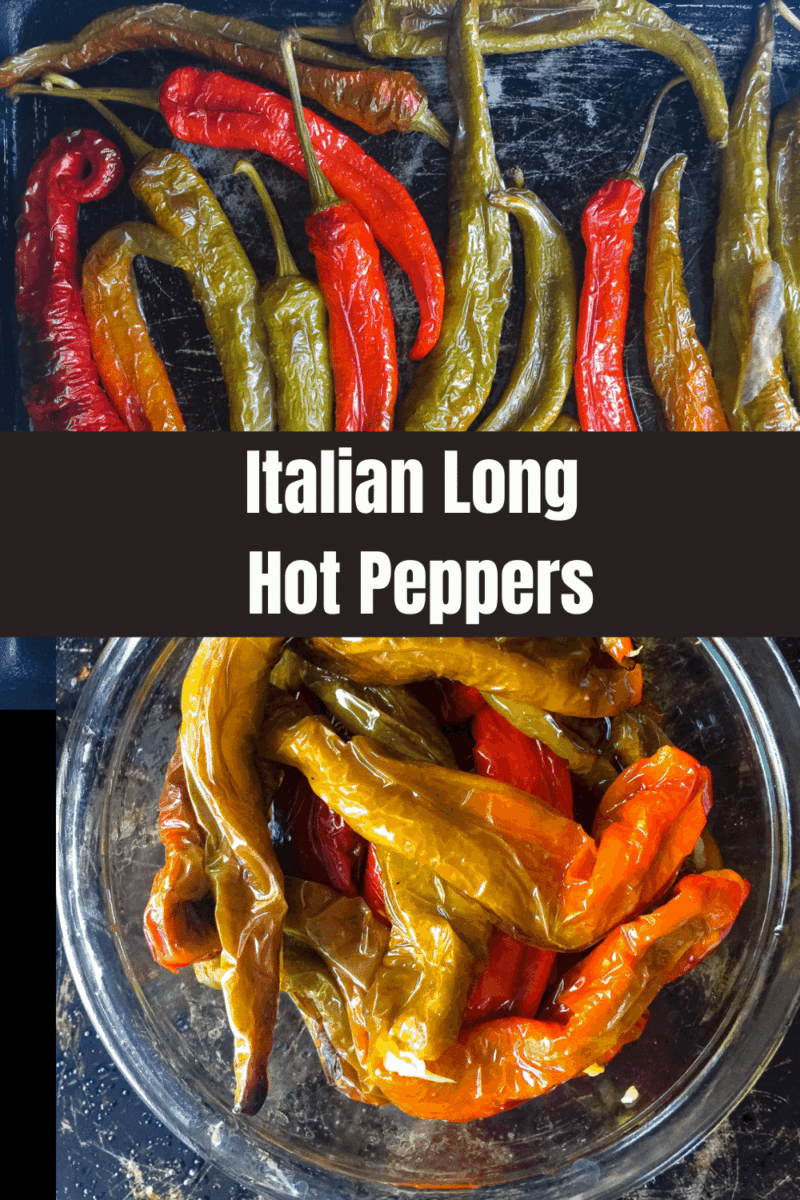 A staple in the Philadelphia area, Italian long hot peppers are very popular as a topping in hoagies or roasted and served alone with bread. They are also stuffed and served as an appetizer. Delicious!

What exactly are these peppers?

Italian long hot peppers are very popular in the Philadelphia area and are widely available at many produce and grocery stores. That said, it appears that they are much more difficult, if not impossible, to find outside of the area.

Know simply as “Italian long hots”, I had often wondered if the Italian long hot peppers were referred to by another name. The answer is debatable (see Substitutions below)…

Italian long hot peppers belong to the Capsicum annuum species, which is one of five major Capsicum species, and are considered to be a hybrid pepper. A hybrid pepper is one that develops when two self pollinating varieties are intentionally crossed.

Growing Italian long hots is super easy! They don’t require a lot of water, just plenty of sunshine. I bought two plants this year and they yielded about 2 dozen peppers each.

The Italian Long Hot Pepper is about 6 to 9 inches in length, thick walled, and the heat (ie, measured by Scoville heat unit [SHU]) varies greatly from pepper to pepper.

In fact, one of the hallmarks of the Italian long hots is that they vary greatly heat-wise from pepper to pepper. Consequently, they have been know as the “Russian roulette” of peppers because you never know how mild or spicy each pepper will be.

Many sites now list the Scoville heat index of Italian long hots from 100 to 1000. However, I have found some of the spicier long hots can be as spicy as a jalapeno pepper, which is rated as up to 8000 SHU. A much more accurate description of the Italian long hots heat index, according to one Philadelphia chef, is somewhere between a Poblano pepper (1000 to 1500 SHU) and a Jalapeno (2500 to 8000 SHU).

Other sources have rated the Scoville of an Italian long hot from 1000 to 50,000 SHU. In short, these peppers vary substantially in heat.

It has been postulated that the wide variability of range of heat associated with Italian long hot peppers may be one of the reasons that this pepper is not widely produced/available in the USA (because production plants need to be consistent).

To me, part of the allure of Italian long hots, as crazy as it might sound, is you never know what you are getting from the standpoint of heat. It’s like a surprise in every bite!

To get a better idea of heat index, see the Scoville heat unit scale shown below for selected varieties of peppers (Italian long hots not shown).

Although there are no direct substitutes for the Italian long hot peppers, consider the following varieties of Capsicum annuum species:

Most people cook Italian long hots directly on the stove in a pan with a little olive oil and salt. Or, you can roast them in the oven with olive oil and salt for about 15 to 20 minutes (450 degrees). Pretty simple.

These peppers are not typically skinned or seeded when roasted whole. Some serving suggestions include:

These peppers are widely available in the Philadelphia area.

If you are having trouble finding them (ie, you do not live in the Philly area), consider purchasing the Italian long hot seeds online. 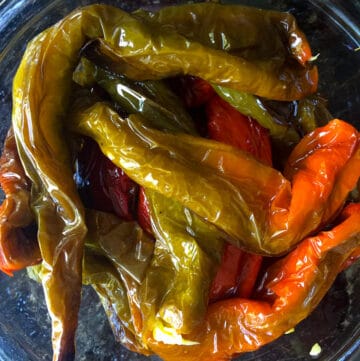 A staple in the Philadelphia area, these delicious peppers are very popular as a topping in hoagies or roasted and served alone with bread. They are also stuffed and served as an appetizer. Delicious!
5 from 16 votes
Author: Marie
Print Recipe
Prep Time 10 mins
Cook Time 20 mins
Total Time 30 mins
Course Appetizer
Cuisine Italian
Servings 6
Calories 98 kcal

To Cook in the Oven

To Cook on the Stovetop

Peppers may be stored in the refrigerator in a jar filled with olive oil for at least one week.