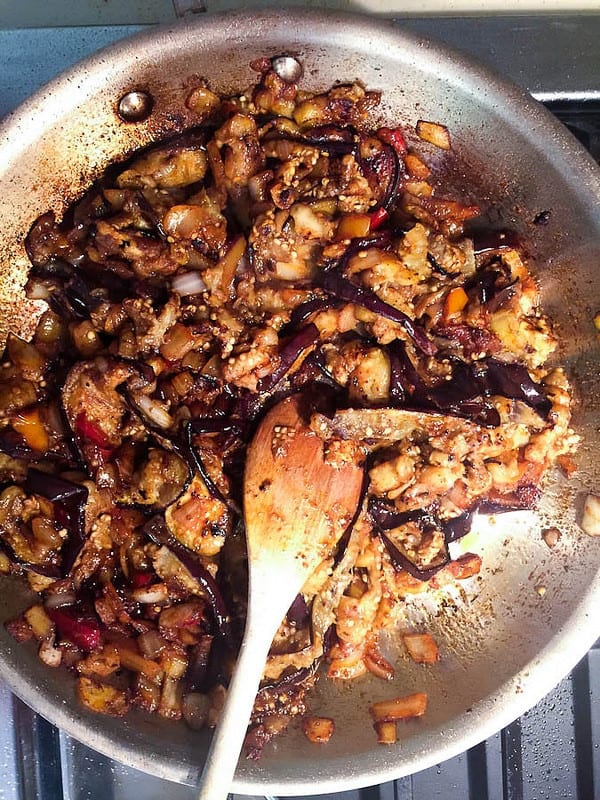 Israeli eggplant, I love you

In addition to eggplant, I am absolutely obsessed with hummus. So much so that I’m always looking to see if there is a recipe out there that trumps my favorite humus recipe. So far, there is not such a recipe, I’m very happy to say!  But while searching for such a recipe, I came across some other recipes that looked incredible. This Israeli eggplant was one of them! 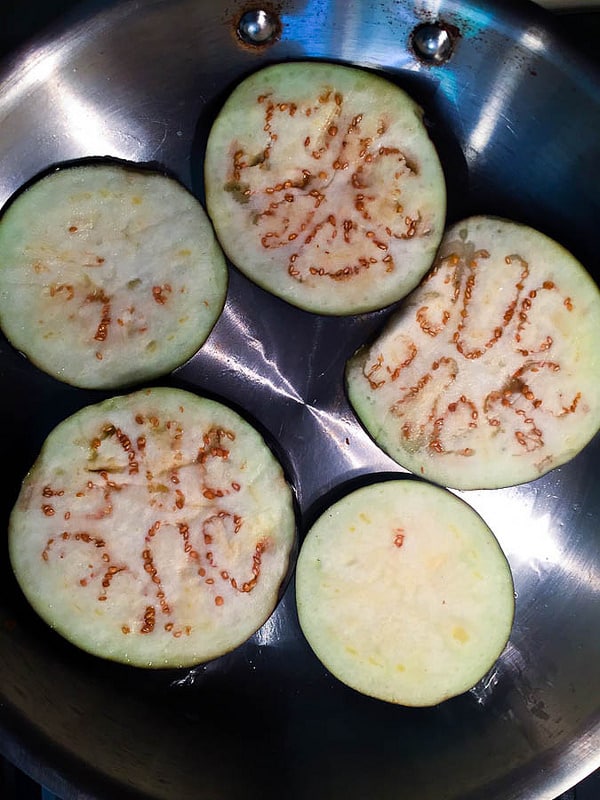 It’s an easy enough recipe to make, although it can be a bit time consuming, so save this one for those days when you’re not pressed for time (I know, I know, can be rare!). Open a bottle of wine, and just enjoy cooking.

After thickly slicing the eggplant into rounds, you will salt it and let it sit over a paper towel lined cooking sheet or a wire rack for about 30 minutes. Then start frying. Now according to the recipe, you must really blacken the eggplant to the point where it is charred/burned. As you can see, I didn’t quite reach that point but I’ll be more adventurous next time. 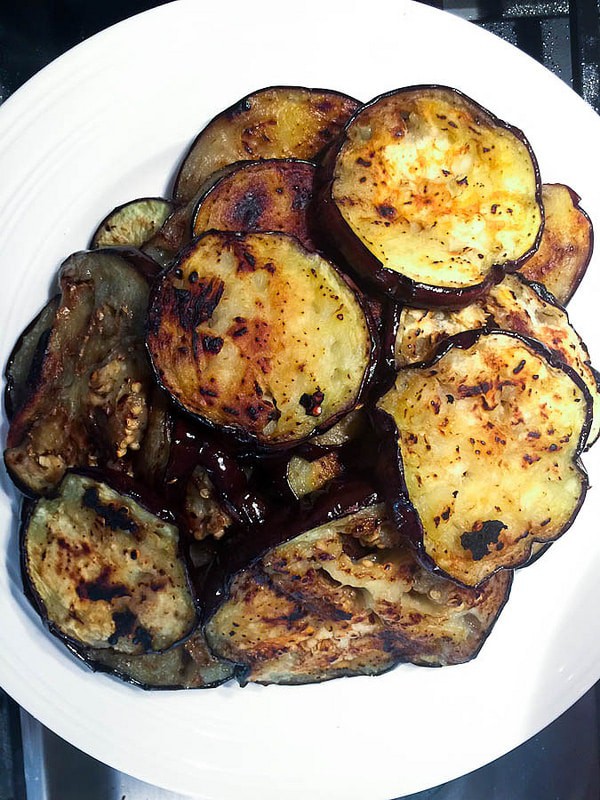 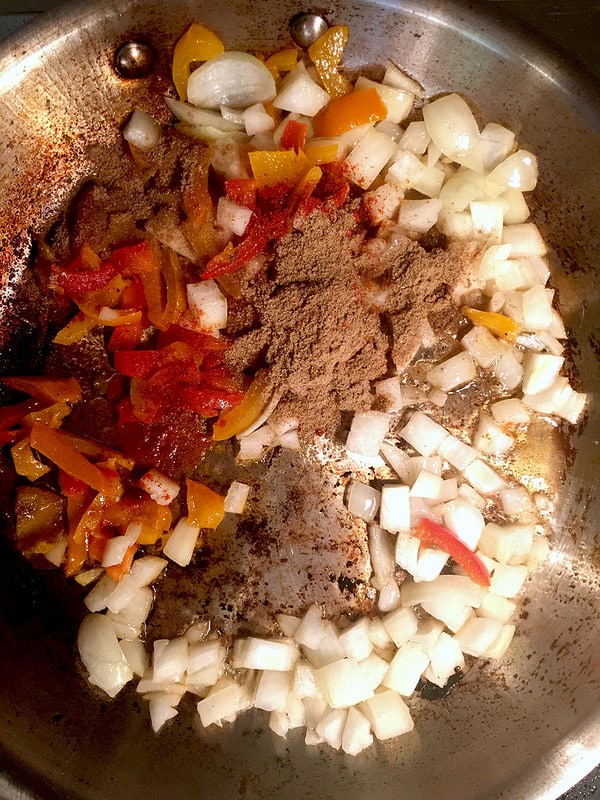 After cooking the eggplant and removing it from the pan, you will cook the remaining vegetables (onions, red peppers, garlic). Cook these to the point of soft and tender goodness, then you will add back the eggplant and cook it again. It will look as shown in the first picture 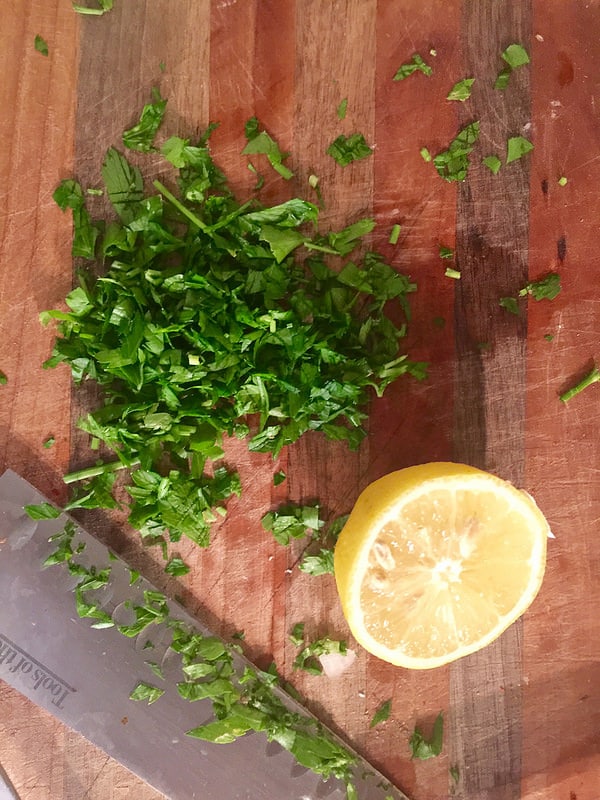 To finish, squeeze some fresh lemon juice and top with chopped parsley.

I served mine with pocketless pita (ohhhh yum!!) 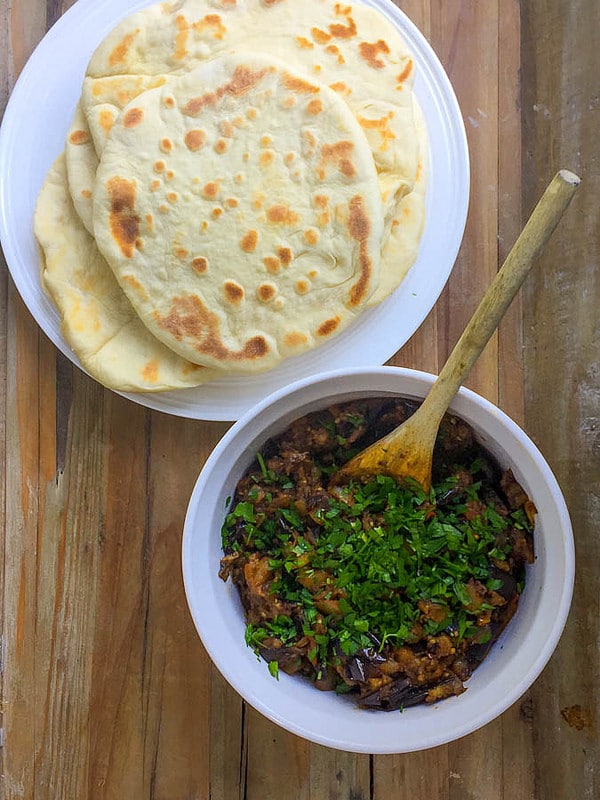 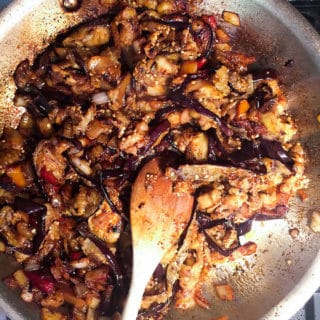 I like to serve this with flatbread
Tried this Recipe? Pin it for Later!Mention @FeelingFoodish or tag #FeelingFoodish!