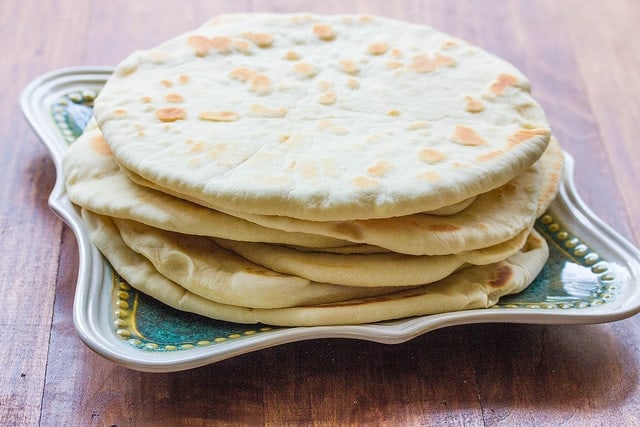 When I lived in Michigan a few short years ago, I became more acquainted with Greek food, which is quite popular there. I lived about 45 minutes outside of Detroit, a city with a “Greektown”.  Until then, I had never thought about Greek food too much, although I always did enjoy it. On the east coast, I was used to things like Little Italy (in NYC and a sort of by-gone in Philly) and lots of cities have a Chinatown, but I’d never heard of a Greek town (at least here in Philly).

Turns out that Greek and Middle Eastern food is quite abundant in Michigan.  There is a popular chain restaurant called Olga’s, and they make such. good. pita bread. I found a recipe for it, and it is very good, but it tastes a bit too much like crepes to me. Don’t get me wrong, I like crepes but I wanted my pita to taste more like pita and less like crepes. After tweaking the recipe a bit, I think I found a winner.

I make these very often. Sure it’s easier to buy pitas at the store, but they are neverrrr as good. In fact, I often find that store bought pita bread is quite dry. And, I’d rather have the flat kind instead of the pita pockets, which seem to be much more popular in the grocery stores. 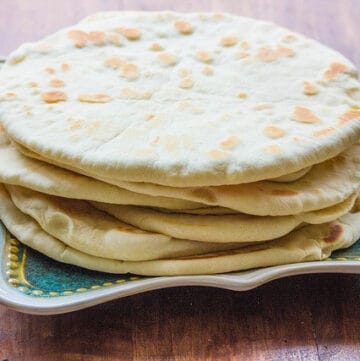