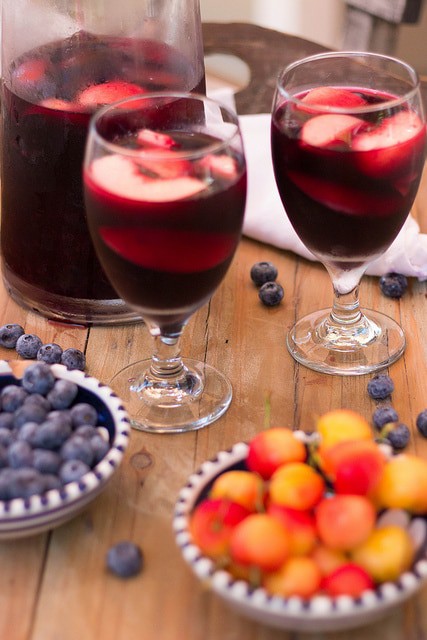 Years ago, my girlfriends and I went out for dinner in the city. We still get together every now and then, but it’s become more and more difficult as our families grow and we all get busier. A fun time is usually had by all, but on this particular night, it’s the sangria that stood out.

All these years later, I still remember it! It was so unique, a hint of blueberry and a wonderful note of cinnamon.

I’ve tried to make it before, but I kept striking out. Then it hit me: use cinnamon sticks not powder! Duh! As you might imagine, the cinnamon powder did not incorporate well into the alcohol mixture.

This time, I made a simple syrup with the sugar and blueberries and incorporated a few cinnamon sticks to the mix. Bingo! There was the wonderful cinnamon aroma that I loved.

I’ve read that true sangria should never include vodka and that brandy or whiskey should be used, so feel free to substitute the vodka in my recipe if you wish. I think the true essence of this recipe comes from the blueberry syrup anyway, which is infused with the cinnamon. 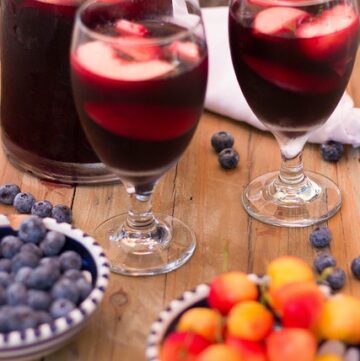