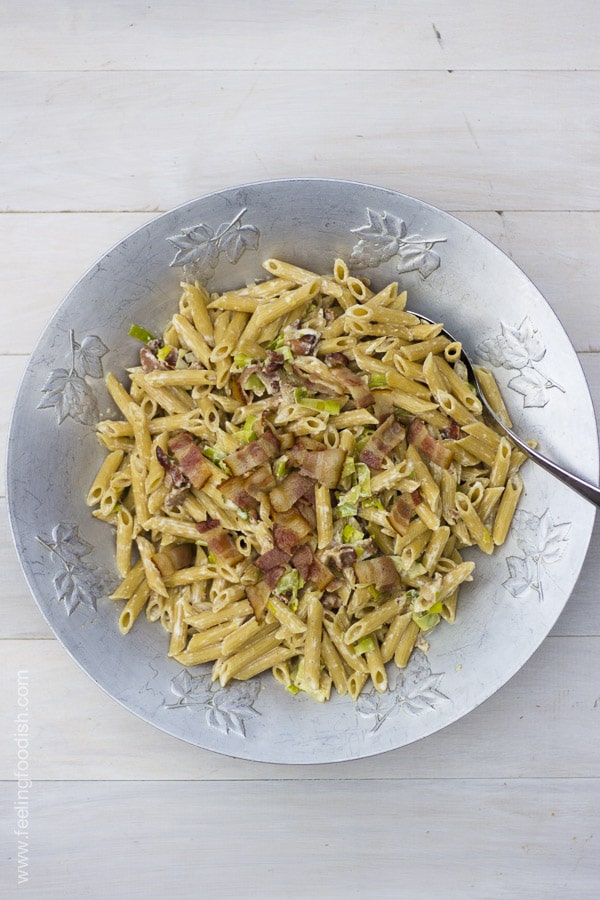 For me, pasta is such a fast, easy, and tasty meal.  Serve it with a big salad and it’s perfect for those busy nights when you don’t have enough time to cook.

This recipe was the cover recipe for the March 2014 issue of Food Network magazine and the reason I purchased the issue (although the recipe is also freely available online). It was a bacon issue – need I say more?

I’m not the biggest fan of eating meat, but something about bacon that is just. so. tasty. 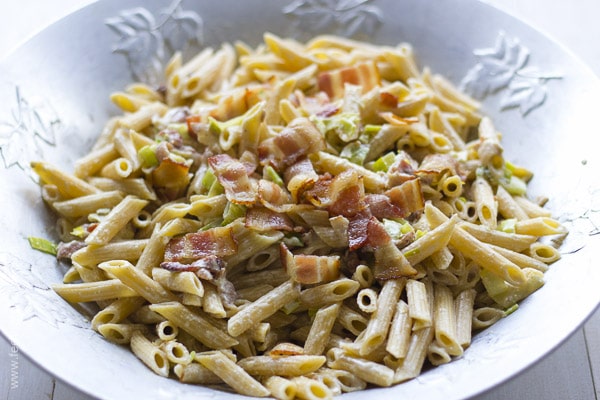 This pasta reminded me a lot of a Carbonara sauce. It has the bacon, it has the cheese, but it does not have the raw egg. In contrast to Carbonara sauce, this dish has leeks in it. 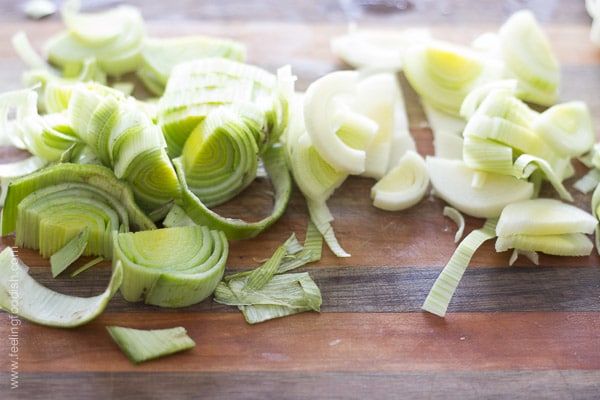 Reserving pasta water is key! Otherwise, the dish will be dry.

After the bacon has been sliced and cooked, reserve 1 tablespoon of the drippings and use it to cook the leeks. 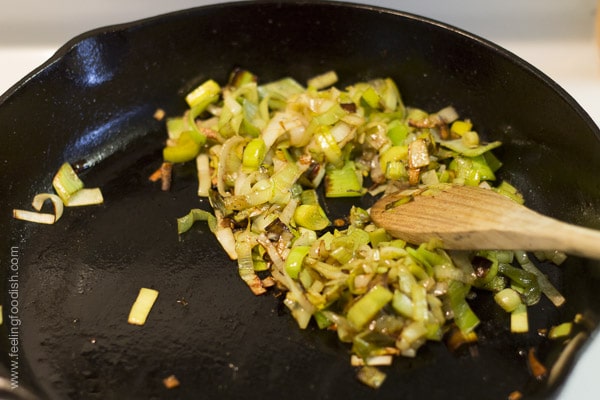 Then simply add your cream, half of your bacon, cheese, pepper, and pasta. Add some pasta water to loosen things up and then top with more bacon, and cheese.

At the time of this writing, this dish received 5-star reviews from the Food Network site. One reviewer mentioned adding peas, which sounds like a wonderful idea. Next time! 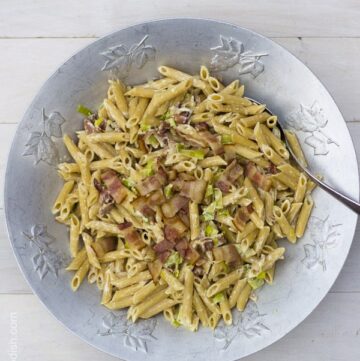