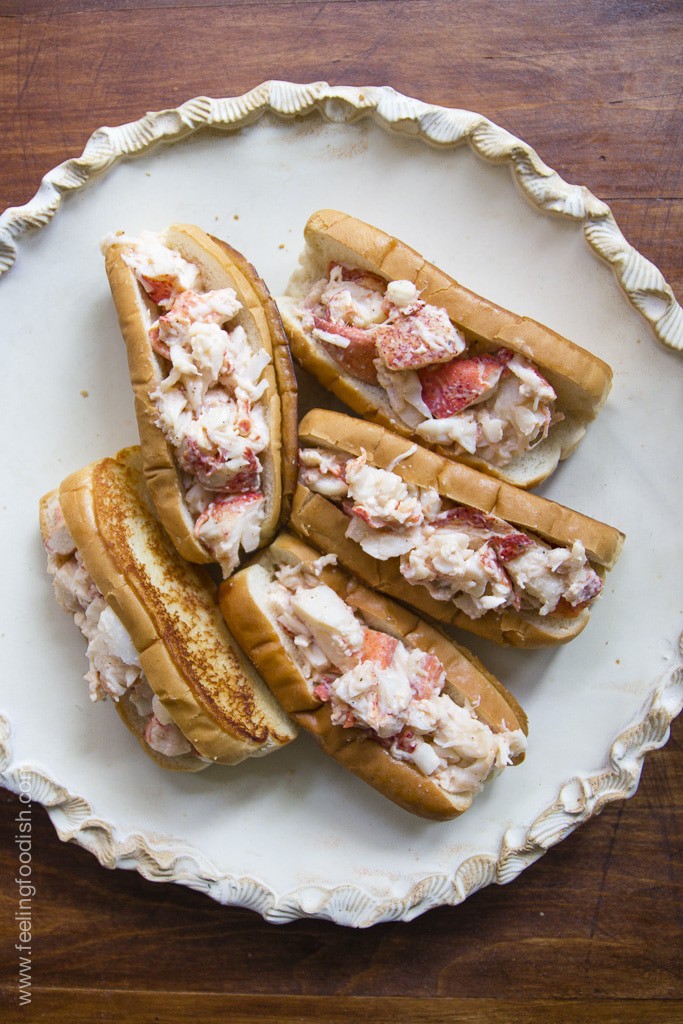 Here’s another recipe that has been on my want-to-make list for a while. The last time I had a lobster roll, I was in Kennebunkport in Maine. It was delicious!

And so, with all of the 4th of July sales, lobster was a bit of a deal (if you could ever call it that!) at the local market today.

Now, I took a short cut and had the lobsters steamed at the store. It you want to do them yourself, you must fill a large pan with 1 inch of water and place a rack on the bottom or use some aluminum foil that has been bunched up and shaped into a figure 8 shape. Add the live lobster and steam for 15 minutes.

When the lobster is cooked, break off the tails and the claws and then discard the body and head. 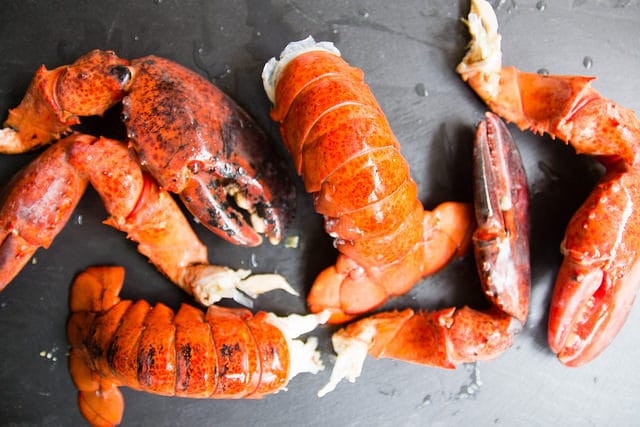 Now, I think because my lobsters were so darn big, getting that meat out was messyyyyy. Next time, I will do that outside, on the deck and then hose down the deck…but mission accomplished. 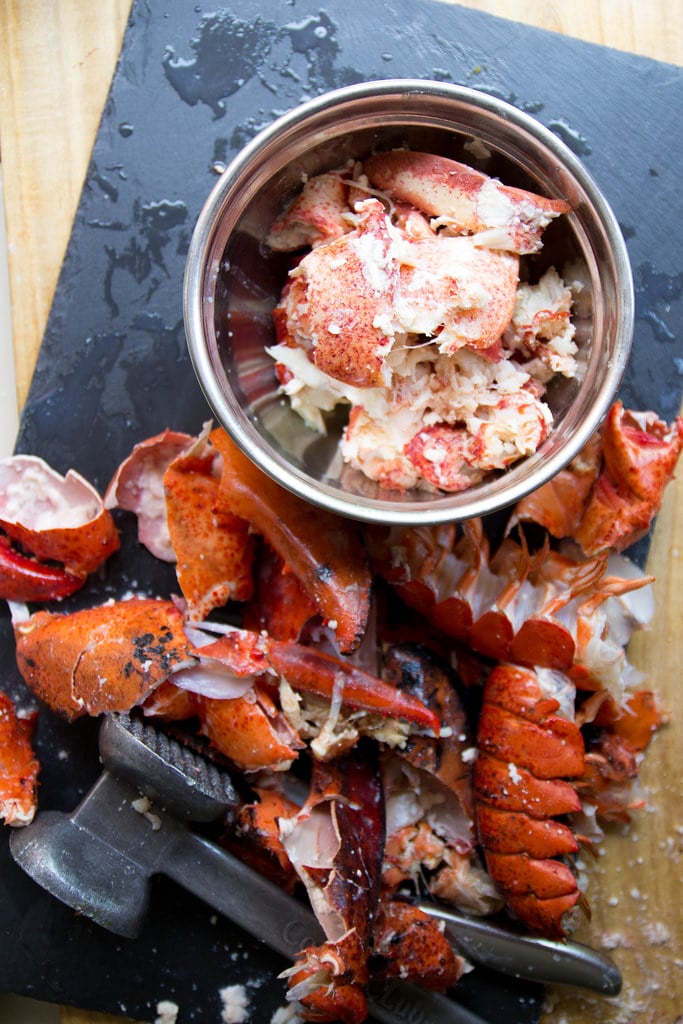 It seems that authentic lobster rolls and fairly simple (at least some people think so), and so these are unadulterated and simple. That really works for me and it really allows the lobster flavor to stand out.

There is just enough mayo to lend a bit of flavor and then a dusting of black pepper. That’s it!

Brush your buns with melted butter and then grill them up to brown them/toast them. 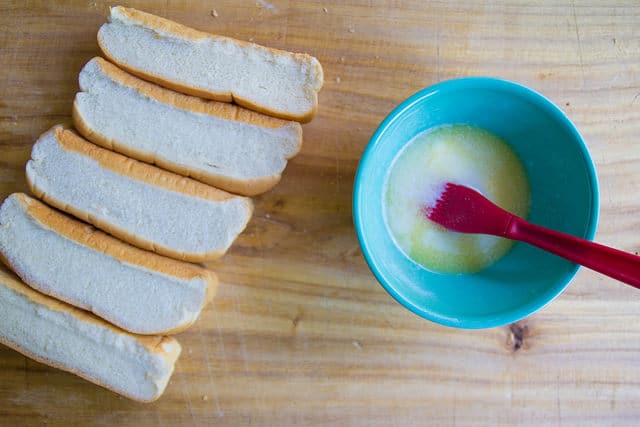 Fill the buns up with the chilled and dressed lobster meat and you are ready to eat my friends.

This got a huge thumbs up! 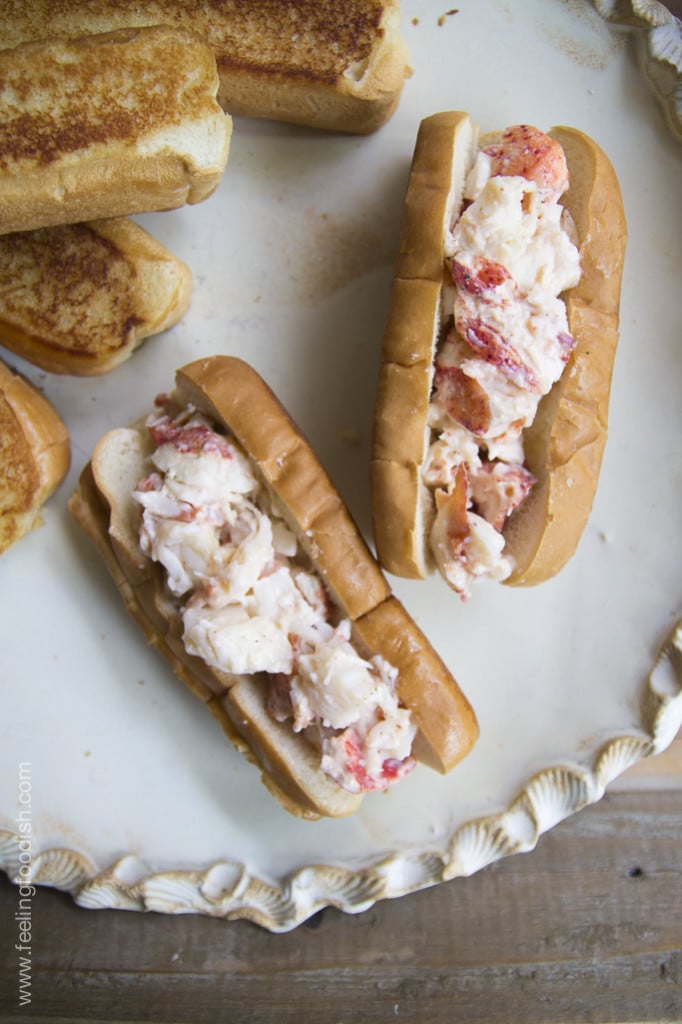 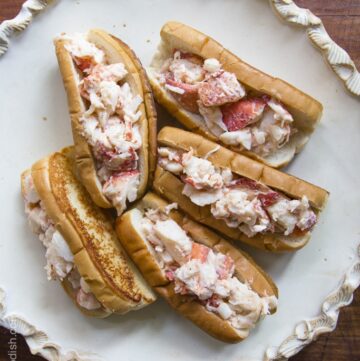