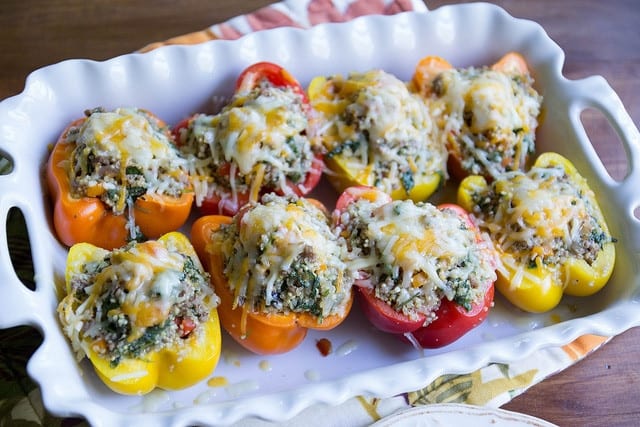 Ahhhh…casseroles. You know that fall has arrived when the casseroles start appearing.

I’ve been on a bit of a “superfood” kick recently. It can’t hurt, right? Maybe it’s my age (ahem..), but I can’t eat too much junk food anymore. Wipes. Me. Out.

This kind of food? This gives me more energy, it doesn’t deplete me. And the kale? It’s good! I’ve grown up eating all kinds of greens, but kale wasn’t one of those greens. When I learned that kale was one of the most nutrient-dense foods out there, I just had to incorporate more of it into my diet.

The other change is the use of quinoa in the place of rice since quinoa has more protein and is a better grain in general.

I enjoyed this healthier version of stuffed peppers. Hope you give them a try! 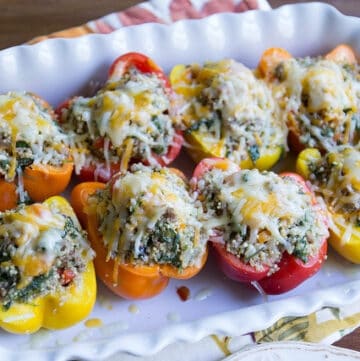 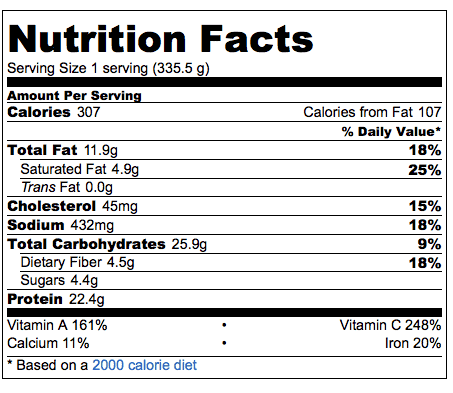